Pride 2019! A look at how society has changed over the years 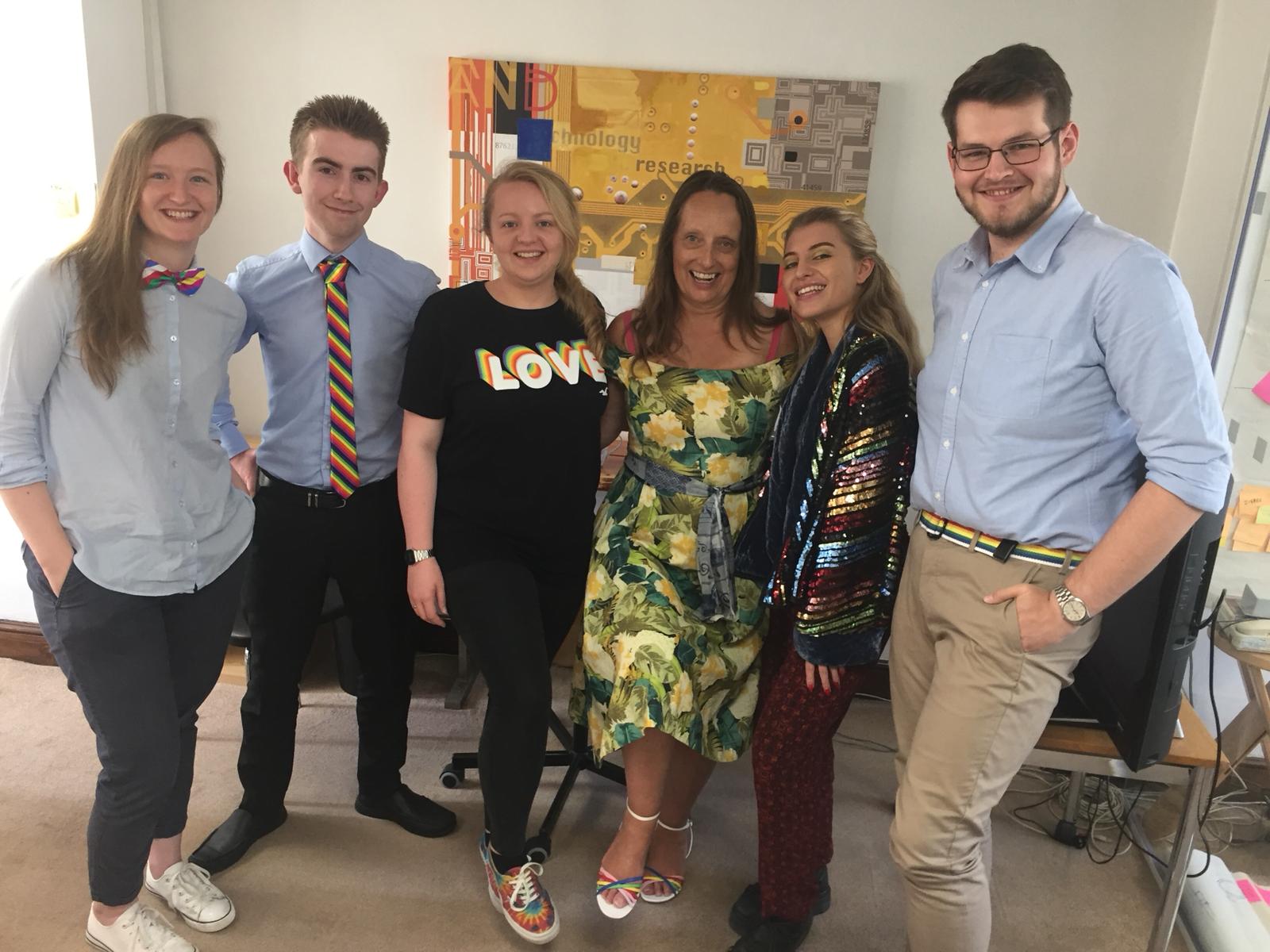 Pride is here and in the run up to London Pride this weekend, we have been celebrating LGBTQ+ history and reflecting on the changes in our society since AND was founded back in 1980.

Our CEO Valerie Lynch looks back on her experience of how society has changed over the years in an exclusive discussion. In the mid-80s, AND Technology Research had risen to success with the launch of one of their first products, Bookshop. A software system targeted at bookshops to help them in the control of stock and ordering. During this time, AND was doing a lot of work with different types of bookshops and one of their customers was Gays The Word, a bookstore in London targeted at lesbians and gay men.

Q1. What is your memory of society during the time when AND Technology Research was first founded?

It hadn’t been that long since countries had started to legalise homosexuality and the term ‘gay’ was relatively new and it was only really in 1980 that people started to be called gay. Around that time, it wasn’t particularly unusual to see people, particularly men, dressed flamboyantly. One of the notable things that happened around that time, was the film The Naked Civil Servant with John Hurt. It was a powerful film, where John plays Quentin Crisp, a homosexual who makes the bold choice of exhibiting his homosexuality during the conservative environment of England in the 1930s and 1940s. It was around that time things in society started changing quite majorly, new laws had been passed, and it was the first time people were able to identify as gay. But with any new law, there is always a backlash and over the next 10 years that is what we saw.

Q2. How did gay business owners get treated in society during that time?

We got involved with unique bookshops and therefore got to know quite a few people living what was then seen as an ‘alternative’ life style anyway and a number of those were gay. We worked with a bookshop called Gays the Word and so I got to know them quite well as a business. Really, they were just a business like every other business we dealt with, but the things they had to contend with over that time in running their business was horrendous. It was more noticeable as people started identifying as gay and they were more subjected to this backlash.

Q3. What has had the biggest impact on society over the years?

I think it takes people who are icons to get society to change and this was something that started during this time. John Hurst the actor, was one of the first to whom you could really look at and he did a lot of work by doing that film (The Naked Civil Servant) and in the way he conducted it. Really for me, it was a time when celebrities started to become icons. Before that they were just celebrities, but then they turned into people, who had a platform and the celebrity icon being able to change things has carried on. This is one of the big changes I’ve seen with society, they have a means to get a message across and connect with people, and this is a change that has carried on and a change for the good.

Q4. How has perception of the LGBTQ+ community changed over the years?

Celebrity icons, like Princess Diana did a lot of work to change people’s perception of the gay community. As a result, things got better but that doesn’t mean to say that the businesses we were dealing with found it any easier. There is still a lot of perception in society and you find it goes through waves. I saw it go much more liberal and now we are going through a less liberal time and that wave will continue because that’s how society is, it goes through waves and cycles. People are now able to identify with their sexuality. But there is still this fear of people who are different. You need to think about everybody being an individual and really that’s what Pride is all about. Pride is about being an individual and being proud of who you are.

This year’s Pride is particularly special as it marks 50 years since the Stonewall riots. One of the major catalysts for LGBTQ+ rights movement in the US and all over the world. It was two years after New York started the tradition that London first held Pride. A group of around 200 activists from the UK Gay Liberation marched on central London and since then Pride is celebrated every year. Last year see one million people turn up for the celebrations.

AND teams up with Centrica to deliver AEMS pilot to their non-domestic customers
January 6, 2020

AND roll-out new energy management system AEMS with businesses across the UK
May 9, 2019

How can Machine Intelligence transform your business?
May 9, 2019